This here video clip ('courtesy' of The Atlantic Magazine), taken from space several hundred kilometers from Earth, obviously, of a flight passing the world's tallest building brings the missing Malaysian Airlines' flight MH370 (a Boeing 777-2H6ER on its way from Kuala Lumpur, Malaysia to Beijing, China, with 227 passengers and 12 crew members) in mind in a flash. It seems we, the humanity, can see what is going on in our airspace with amazing accuracy.

This is amazingly accurate picture, though!

Down here, on the ground, worth some nimble interpretation may also be what Jay Carney (the then president Barrack Obama's spokesman, who has resigned since) meant, exactly, in the first days after the flight disappeared, when stating in a White House press briefing that the aircraft is actually in Indian Ocean (south-west of Malaysia), while the search aircraft and vessels were at the time still deployed searching east of Malaysia. Sounds now, many weeks later, more than intriguing, doesn't it? What Carney said, after some unnamed Pentagon official had first hinted the same, is like this:


“It's my understanding that based on some new information that's not necessarily conclusive, but new information, an additional search area may be opened in the Indian Ocean, and we are consulting with international partners about the appropriate assets to deploy.”

That statement precedes the later speculation that the aircraft's engines had been running up to 7 hours after the last contact over South China Sea between Malaysia and Vietnam. INMARSAT calculated later on that the aircraft's probable course could have been along a circular route either northwest and southeast of Malaysian airspace

The problem with MH370 seems to be that, after the flight had levelled off at 35,000 feet, something/someone inhibited/damaged the aircraft's location (e.g. ADS-B that broadcasts certain location specific data 'continuously') transmissions and all other communications from the aircraft including the Secondary Surveillance Radar replies. What that something/someone was, is anybody's guess.

There are (unconfirmed, naturally) reports that MH370 had climbed to 45,000 feet, which is well above the maximum operable flight altitude limit specified for this type of aircraft, after it had disappeared from civilian radar at the time when its control was being handed over from Kuala Lumpur (Malaysian) ACC (Area Control Centre) to Ho Chi Minh (Vietnam) ACC. The last radio communications where quite normal and innocent enough at 01.18 Malaysian local time:

After the flight disappeared from the civilian surveillance systems and reached 45,000 feet (again according to these unconfirmed reports), it had descended in sporadic steps to 23,000 feet, and had then climbed to 29,500 feet at the time when all radar contact was lost with the flight, including by military surveillance.

All that could imply that the aircraft was not flown by a functioning human being or an aircraft system. However, it has been widely interpreted as meaning that somebody/something was flying the aircraft and trying to avoid being detected by surveillance systems.

The plot thickened further, when, day after Carney declared that the search area will be moved thousands of kilometres south west of Malaysia in that briefing at the White House, a CIA admiral (can't find the name now) went public and angrily asked how the hell the White House can tell such a thing (that the aircraft is in Indian Ocean). And White House went quiet for awhile.

Meanwhile, the search continued Heaven knows where, until INMARSAT used, a week later or so, their expertise to calculate the probable locations and the search was moved eventually to Indian Ocean and intensified using military units from several States and an Australian general (ex-chief of their armed forces no less) was put in charge of the search (instead of SAR experts from one of the participating states).

So, that would be a good start for a beautiful conspiracy theory.

Of course, what happened could as well be explained in terms of technical problems and flying several hours until the fuel run out. But that would not be as interesting as a good, old-fashioned and solid conspiracy, would it?

Intriguing times we are living!?
Posted by Hanhensulka at 3:09 PM No comments:

Incidentally, I support the Veep in all its shapes and forms.

I, naturally, also support Selina Meyer's campaign to be the next president of the USA.

In her absence, any woman with a degree from, say, the Wellesley College would do. Especially a one, who has this to show in her résumé from 1969, and who has always had an excellent dress sense.

Definitely, I would also support Julia Roberts for the same position (or any position, for that matter), if being the most powerful person on Earth can be called a mere position. Although, judging by her film Mona Lisa Smile (2003), it seems likely she would be more interested in finding a Red onion and being a beatnik in the Village than being President, and I can't really judge her harshly for that.
Posted by Hanhensulka at 3:14 PM No comments:

The bastards opened a whole bunch of captivating storylines without closing any just to make sure that, come next Sunday, I'll be sitting my nose on the TV screen and salivating like Pavlov's dogs into their empty food bowls. And shameful for not feeling any shame at all.

The biggest question: Why is Maggie looking like that red and spiky-headed girl with the dragon tattoo?
Posted by Hanhensulka at 4:35 AM No comments:

Of Mankell, and Hamlet, too 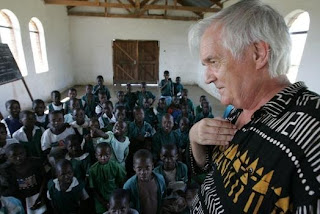 Henning Mankell, an optimist even after 4 past marriages and 40 published books (first in 1973) of which only a quarter involve Wallander:

"...Too few writers accept they have a moral responsibility to take a stand".

The Guardian reports in an article called Henning Mankell: 'I shall not miss Wallander'.

I've always thought that every writer takes a stand, since, supposedly, the books are not published by accident, but, rather, by purpose. At least from a point of view of this, an eternally blue-eyed, reader.

A problem may be how to make that 'stand' palatable to readers and not boring like the 'stand' most often is. But then, perhaps Mankell really means that the writers have a moral responsibility to take a stand similar to his. Looking at the Nobel winning writers, it may be that the Nobel judges have the similar stand to Mankell's. Which is Ok with me.

By the by, I don't read much crime at all and have only read a few of Mankell's books, although have watched with intense interest both the Swedish-made Wallander-films and the ones made with Kenneth Branagh. I liked the Swedish ones better. Branagh's version of Wallander was too angsty, Shakespearean sort of way, which, obviously, is no wonder at all. Branagh's Hamlet is probably as good a Hamlet as they have ever been. Recently I watched Olivier's (1948), Branagh's (1996) and David Tennant's (2009) versions back to back in one day. All are splendid adaptations and well worth watching.
Posted by Hanhensulka at 4:06 AM No comments: 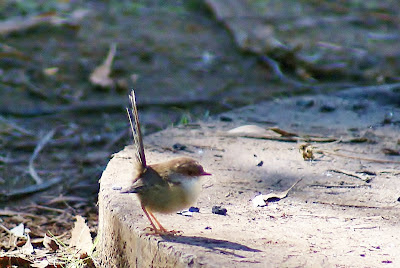 Everybody knows that the Australian national poet, 'bush poet', is Andrew Barton "Banjo" Paterson, who is well-known world-wide for the often misunderstood words of a poem called Waltzing Matilda, the unofficial Australian national anthem. It should, for all fairness, be the official anthem, too. Try to sing the current anthem, (by an order of the Queen Elizabeth II's representative in the Land of Oz, the Governor-General, since 1984) ‘Advance Australia Fair’ (you know: 'Australians all let us rejoice / for we are young and free...'), composed by a Scot, Peter Dodds McCormick, who called himself ‘Amicus’, and if you tried, you'd know what I mean.

Patterson is also, and rightly so, depicted on our 10-dollar note, perhaps partly to reflect the normally very low income of those, who step on the path to immortality by the way of writing poems.

The reason I started contemplating the 'Australia Fair' is that I took the picture of this Superb Fairy-wren in the Victorian Alps east of Melbourne, in an old prospectors' site, 8-mile Flat, on Howqua River not far from where the Australian movie, The Man from Snowy River, was made. The film is based on a poem of the same name by 'Banjo' Paterson. A part of the poem goes like this:


"...He hails from Snowy River, up by Kosciusko's side,
Where the hills are twice as steep and twice as rough,
Where a horse's hoofs strike firelight from the flint stones every stride,
The man that holds his own is good enough.
And the Snowy River riders on the mountains make their home,
Where the river runs those giant hills between;
I have seen full many horsemen since I first commenced to roam,
But nowhere yet such horsemen have I seen..."

Superb Fairy-wrens, on the other hand, live in large groups and are very difficult to capture with camera due to their constant movement, swiftness and tiny size: full-grown between 10 and 14 cm. There are about 8 different species of Fairy-wrens in Victoria.

By the way, it may seem strange, when one considers how the two main political parties in Australia treat the asylum seekers, who come to these here shores to save their lives, literally, that the Australian national anthem has even these beautiful but so little truthful lines:

"...For those who've come across the seas
We've boundless plains to share...
---
In joyful strains then let us sing,
Advance Australia Fair."
Posted by Hanhensulka at 2:41 PM No comments:

Twain and a Mysterious Stranger

Let's recall an angel, called Satan, from the pages of Mark Twain's posthumous (1916) story from 1590, the 'Austrian Middle Ages' as Twain calls the storytime, The Mysterious Stranger, Being an Ancient Tale Found in a Jug, and Freely Translated from the Jug, (Chapter 9) to tell us about just wars:

"...and presently the anti-war audiences will thin out and lose popularity. Before long you will see this curious thing: the speakers stoned from the platform, and free speech strangled by hordes of furious men who in their secret hearts are still at one with those stoned speakers...but do not dare to say so. And now the whole nation...will take up the war-cry, and shout itself hoarse, and mob any honest man who ventures to open his mouth; and presently such mouths will cease to open. Next the statesmen will invent cheap lies, putting the blame upon the nation that is attacked, and every man will be glad of those conscience-soothing falsities, and will diligently study them, and refuse to examine any refutations of them; and thus he will by and by convince himself that the war is just, and will thank God for the better sleep he enjoys after this process of grotesque self-deception..."

One would, perhaps, be forgiven to think that in certain types of thing, the times have not really been a-changin' that much at all.

Posted by Hanhensulka at 4:47 AM No comments:

Why to Get Rid of Chick Flicks? 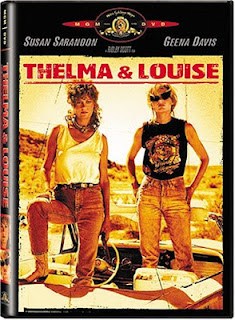 Dear Reader would probably never have thought the kind of thoughts refered to in this posting and asked her/himself:

Why to get rid of Chick flicks?

Chick flicks refered to above, of course, mean female-centric movies like, I don't know, On Golden Pond, Gone with the Wind, Legally Blonde, Ghost, Pretty Woman (OK, this might be better suited for certain types of men than women, although it, surprisingly, is a modern Cinderella story, no more, no less), Sex and the City (either), Black Swan...

Even though nobody may never have had a question about it, the Washington Post, as ever, has on answer (Roll the credits on chick flicks by Melissa Silverstein). And the answer seems to be: because they


"taint all movies about women, even ones that are not regressive and demeaning".

Is the same true for the chick lit? Surely not.
Posted by Hanhensulka at 6:42 PM No comments: